In recent news, Secretary of State John Kerry has said that he has not ruled out a run for the Presidency in 2016.  His last attempt was in 2004 when he lost to President George W. Bush.  If he were to run, his greatest challenge would be the person he placed as Secretary, Hillary Clinton.  There have only been six Secrataries of State who have gone on to become President.  They are:

That leads me to this poll question.

Will She or Will She Not?

What are your thoughts on this poll?  Who do you think the nominees for President will be in 2016? 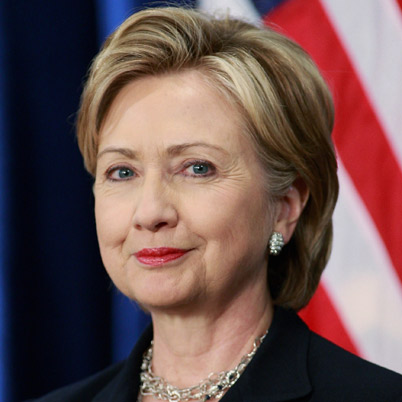 The overnight preliminary ratings are in for the Sunday, January 27th episode of 60 Minutes.  That’s the episode where Steve Kroft interviewed both President Barack Obama and outgoing Secretary of State Hillary Clinton.  About 11.5 million people tuned in.

Some added perspective should be noted in regards to Sunday’s pre-recorded interview.  When 60 Minutes was the #1 ranked show on television from 1979-1980, it averaged 28.5 viewers a week.  The difference between 28 million and a little over 11 million viewers is quite substantial.  Furthermore, the Obama/Clinton Sunday interview beat out the NFL Pro Bowl, an all-star game that has little significance, in the 6pmCST hour by roughly half-million viewers.  What do you attribute the drop off in television viewers from 1980 to today?  Did you watch the 60 Minutes interview?  If so, what did you think of it?

The Importance of the Invisible Primary

The invisible primary is the period when an individual files FEC (Federal Election Commission) paperwork to run for President and when the first voting primary takes place.  The earlier a candidate announces his/her candidacy, then the potential to raise a significant sum of money becomes greater.  The invisible primary is also a period where potential candidates gauge their level of popular support by not only how much money they raise but also by how many people can recognize their names.
The new year has just started, but already potential candidates for President have been mentioned in the press and in public on several occasions.  Among those being named are Vice-President Joe Biden (D), former Secretary of State Hillary Clinton (D), and US Senator Marco Rubio (R-FL).  All are recognizable and have the ability to raise money.  No one has announced this early in the game, but would you be surprised if someone did?  What are your thoughts?  When is it too early to announce yourself as a candidate for President?  On the other hand, when is it too late?

Susan Rice and the Secretary of State

It’s not even the end of 2012 and names are already being thrown about for the 2016 Presidential contest.  President Barack Obama is term-limited, so that leaves the Democratic nomination wide open.  Governor Mitt Romney will more than likely not be running for the Republican nomination in 2016.  Since neither 2012 candidate is eligible nor likely to run, both political parties will have their work cut out for them in deciding who their Presidential nominees will be.  Voters, of course, will be the ultimate deciding factor in choosing the party nominees.  On the Democratic side, Vice President Joe Biden, newly elected US Senator Elizabeth Warren of Massachusetts, and Secretary of State Hillary Clinton are most frequently mentioned.  Outgoing Montana Governor Brian Schweitzer and current Colorado Governor John Hickenlooper are also discussed as possible candidates for President.  The Republican side, after two straight Presidential defeats, also has a strong list of possible candidates.  Among them are former Florida Governor Jeb Bush, US Senator Marco Rubio of Florida, and Governor Chris Christie of New Jersey.  Rick Santorum, Mitt Romney’s chief conservative opponent in 2012, has also made overtures about running for President in 2016.  Former US Senator Scott Brown, who lost to Elizabeth Warren in his re-election bid this November, is also seen as a dark horse candidate for the White House.  What should we be watching out for when trying to determine who will run for President in 2016?  Pay attention to those who visit Iowa and New Hampshire in 2013.  Those two states conduct the first caucuses and primaries respectively.  Historically, Iowa and New Hampshire help narrow the field of candidates from the serious and not-so-serious.  Since they are first, it is understandable as to why those with Presidential aspirations visit them.  With that in mind, who do you think will run for President in 2016?